Last week the Deutsche Evangelischer Kirchentag (German Evangelical Church Congress) took place in Dresden. I had to work most days, but on Thursday I took the tram downtown and immerge myself into the going ons. 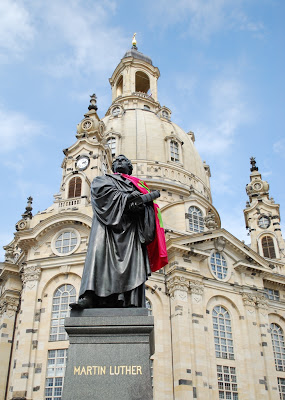 Most participants did wear green scraves, but it looks like Mr. Luther thought he looks better in pink (it certainly is a nice touch of color) 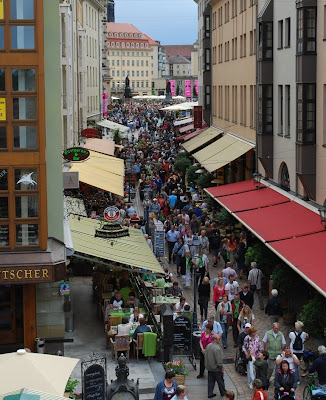 The streets were pretty growded. Taking a car downtown would have been a excercise in futility. Most people got around on foot or with a bike, though for the more adventures one also could choose a horse drawn carriage. 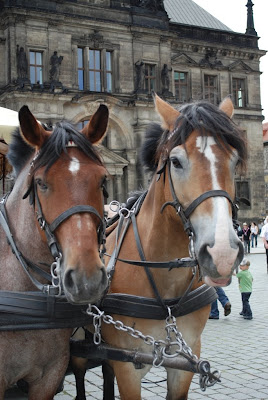 Music could be found on every street corner. 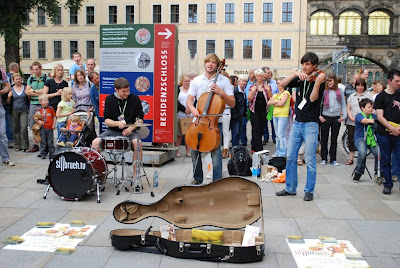 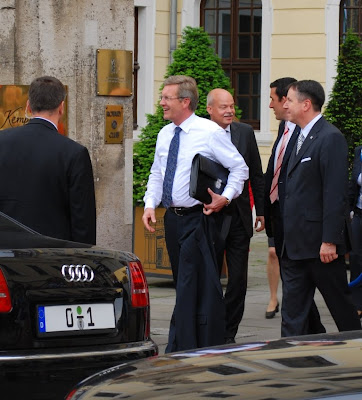 The gentleman in the center is Christian Wulff, the President of Germany. He might not be as powerful as some other president, or even our Chancellor, but he's still our head of state. I knew he had been at the Kirchentag the day before, so when I saw the car with this special licence plate, I took a guess on who might show up eventually.
When he came out of the hotel and saw the growd waiting for him on the other side of the street (which was as close as we've been allowed to go), he came over and shook hands.
Posted by Sapphire at 7:35 PM No comments: