The last (and only) bag I've knitted is this one: 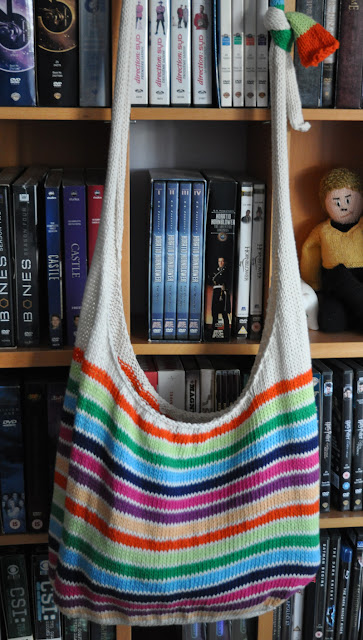 Then I did sew six project bags (of which I gave away three)
I also patchworked / quilted two wallhangings, and work on my first full sized blanket.

I learned to fold Bascetta stars (very cool that).

Happy New Year 2013 to all of you. Stay healthy and stay happy.

There and Back Again

This post is about the movie 'The Hobbit; An Unexpected Journey', So no knitting, no travelling, none of the usual stuff. Sorry.

Eleven years ago, shortly after Christmas, my friends convinced me that it I should go with them to see the movie 'Lord of the Rings: The Fellowship of the Ring'. I've had seen the trailers, so I was mildly interested (it looked like there would be a lot of action), but not overly enthusiastic. I had tried to read the book some years before, but after 100 pages of it I had given up - it was soooooo boring (or so I thought at that time)
Now, within three hours of watching the movie I was turned into a fan.
I saw each of the movies in the trilogy several times in the theaters. I have the DVDs (Extended Edition of course). I have secondry literature (Art of Lord of the Rings). I have an Elven cloak. I have knitted Pippin's scarf. I went to the exhibition of the movie props in London. I saw sketches by Alan Lee and John Howe in the National Library in Paris.
Yepp, big fan here.

When I heard that Peter Jackson would be making 'The Hobbit' I couldn't have been more happy. I was a bit sceptical about the idea to make THREE movies out of that one small book (not any longer, though ... )

Last weekend I finally saw the movie. Twice! Once in the new higher frequency resolution 3D and the second time in the 'normal' 3D mode. Some people claim they have problem with the HFR version, but for me, I liked it better. Everything is more clear, more crisp. Fast movements are less blurry. And to me it was more relaxed to watch (usually 3D is more tiring for my eyes than 2D)

The movie itself is almost three hours long. This is quiet long, but it didn't feel that long. Yes, the movie takes it's time to tell the story, but as a fan I'm more than happy with that (I mentioned I owe the extended edition of the 'Lord of the Rings' movies, right?)

Acting: Ian McKellen IS Gandalf - it's very obvious he loves the character and enjoys playing him.
Martin Freeman as Bilbo Baggins is perfectly cast. Watching his journey from gentle Hobbit to finding the courage within himself alone is worth the price of admittance.
The scene between Bilbo and Gollum ('Riddles in the Dark') - fantastic.
And the dwarfs. I love every single one of them. Thorin is a wounded and driven soul (and not exactly bad looking). And I have a particular fondness for Fili and Kili.

The last two days were spent with making this year's crop of Christmas Cookies.
One kind that needs to be done every year are Cinnamon Stars. Mostly sugar, eggwhite and grounded almonds, they are pretty simple to make and look rather fancy. 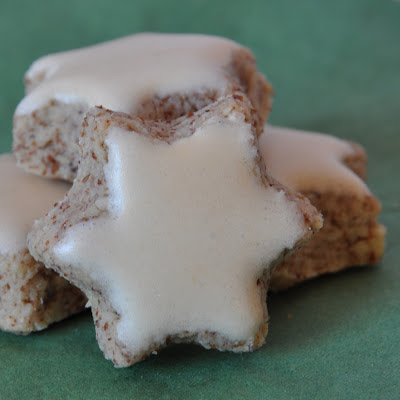 Another 'have-to-make' are Heidesand, only that I add candied ginger to the mix, which gives them a spicyness that contrasts fantastically with the intense butter flavour. 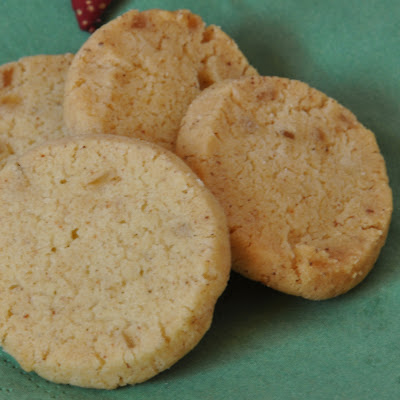 Another traditional cookies are 'Gebabbte'﻿, buttery cookies with homemade jam sandwiched inbetween. The term 'Gebabbte' is the hessian word for glueing something together, and as those cookies are glues together by the jam hence the name (at least in my family) ... 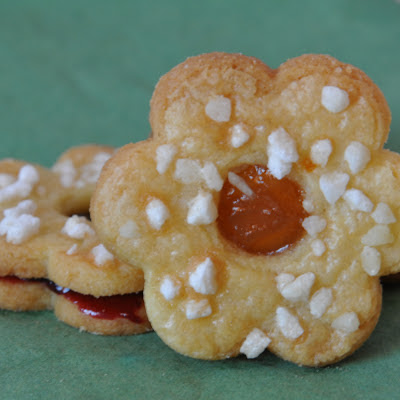 A newcomer (though really a variation on something I made last year, or was it the year before) are those Linzer stars. Based on the famous Linzer cake, there contain hazelnuts and rasberry jam. 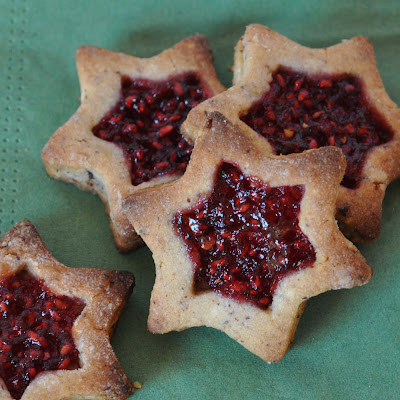 Another newcomer are those mandarin marzipan cookies. Considering how much cursing was involved in making them, I'm not sure they're be back next year, but actually they taste very nice so maybe there's a chance for them after all. 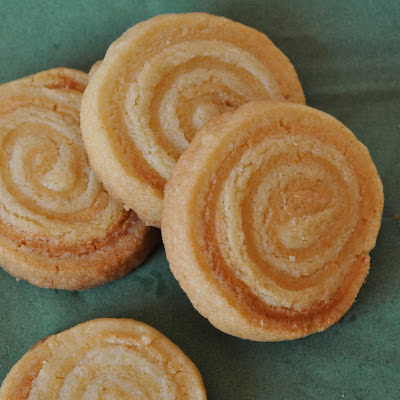