There's something about the cold, wet fogginess of November to promt a person to start knitting socks.

First pair is rather spring-y (as in the month spring) with colorful flowers on a green lawn. I bought the green yarn last year in Bagnang at the Ravelry meetup, but didn't find a suitable pattern for it until I came across this one here. 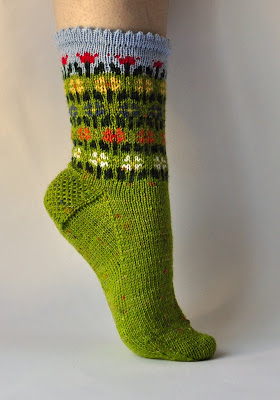 Second pair is made from the prescious Wollmeise in the color 'Mon Cherie' (plus 'Natur' and a wee bit of 'Fliederbusch'). This pair was a birthday present for a dear friend. 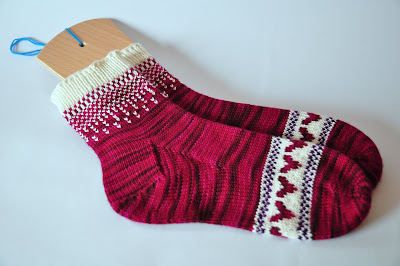 Lastly, another skein of yarn I've bought in Bagnang. It's Zauberglöckchen handdyed in the color o'yello. As the pair turned out a wee bit too small, I asked a friend if she liked it and she did. 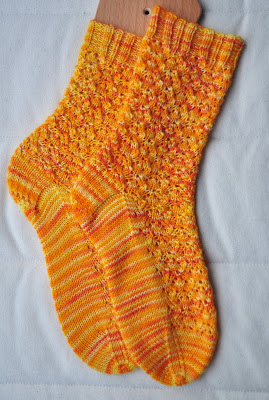 If those colors don't chase the November blues away, I don't know.
Posted by Sapphire at 9:39 AM No comments:

X-mas is still 36 days away, but I've already did get my christmas cookie baking out of the way. Thing is I've had a week vacation time, and no other chance to do the baking so it was was either now or never. Never would probably have been better for my weigth ...

The first lot is not exactly what it should have been (mainly, the shape should have stayed much more defined), but still they are yummy, so no complaining. 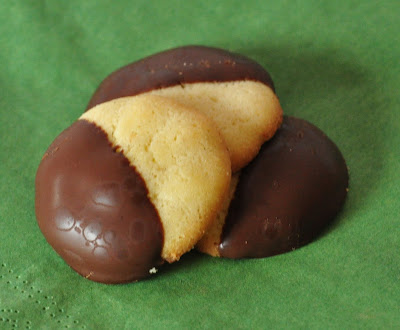 The cinamon stars are an every year stable. I love them. 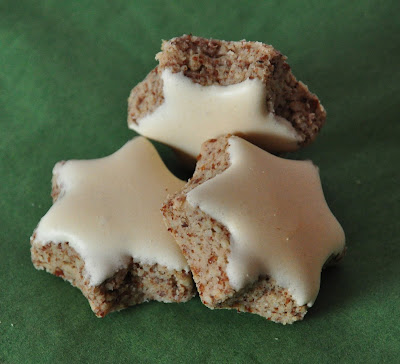 Another stable, ginger Heidesand (a very buttery, shortbread type of cookie). This time with some orange peel added to the mix. 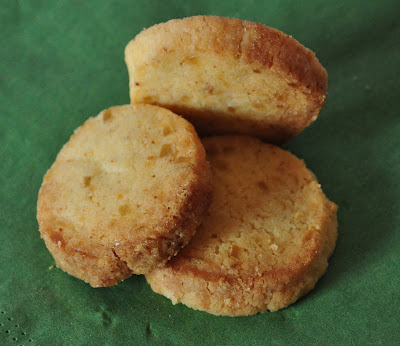 And, finally, butter cookies filled with jam. Not only pretty, but also very tasty. 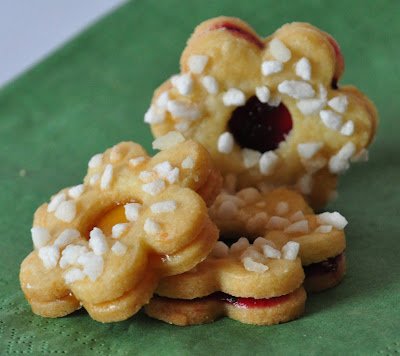 All in all, very happy with my production this year.
Posted by Sapphire at 2:47 PM No comments:

Six Heads and One Hat

The plan was to go to Berlin and visit the famous bust of Nefertiti (or 'Nofretete' as she is spelled in German)
Sadely, even though it's permitted to take photos all over the Neue Museum, it was 'verboten' to do so in the room she's kept. So all I have as a proof is a shot I snug in while the guard wasn't in the way (he somehow managed to sidle just into my line of sight every time I lifted the camera to to a shot) 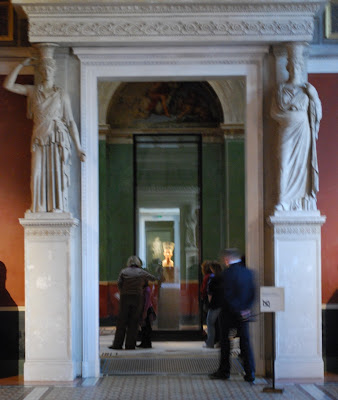 Yepp, that's her, the blurry golden spot in the center of the picture.

Luckily, there were plenty of other photo opertunities. Like this guy, just on the other side of the long corridor. 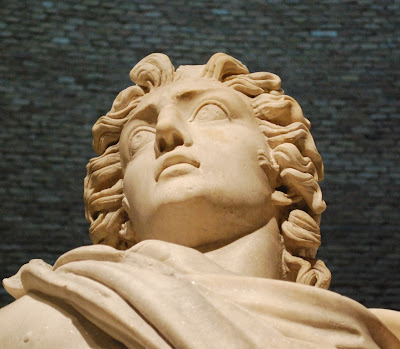 He was quite tall (and I forgot who he was supossed to be).

I rather liked this relief. 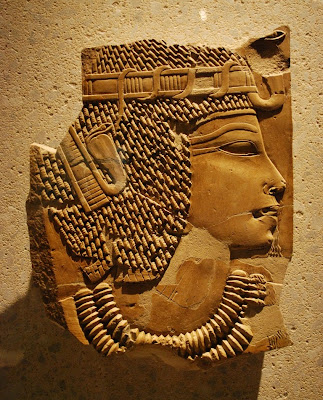 This guy has a bit of a nose problem, but other than that I am just amazed how smooth the surface of this bust looks. He also has a bit of a smirker ;) 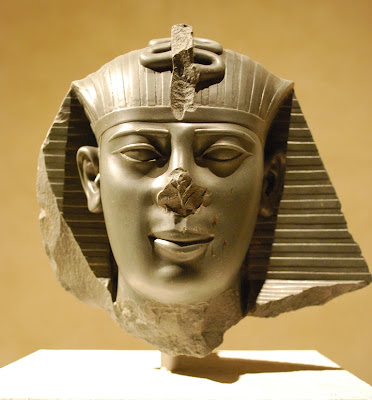 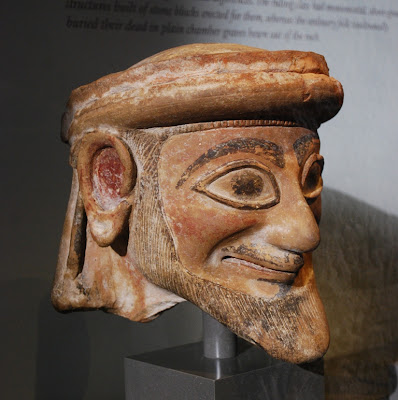 No idea who he is, or were he comes from. He has rather big ears, too.

This is the Boy from Xanten ('Xanterer Knabe'). He was found in the river Rhein 150 years ago, but is originally of Roman origin. He's in a pretty good condition for somebody who spend hundereds of years in the water. 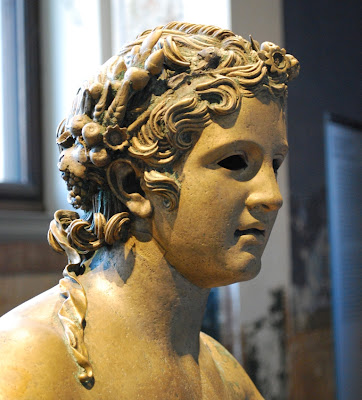 Finally, the 'Berliner Goldhut' (Berlin Golden Hat). The hat is a 'late Bronze Age' artefact, that - at least that's what archeologists are thinking - can be used as a calender to calculated the sun- and the moon years.

Maybe not a fashion statement, but pretty cool nonetheless.
Posted by Sapphire at 11:04 AM No comments: