It's this season again and so, naturally, I've made a batch of cookies like every year.
No real surprises this year. I've basically just made my standards plus one test run of Spekulatius (speculoos)
I never can quite remember which exact recipe I use for the 'Gebabbte', so for next year to remember: Friesenringe (meine Familie & ich 12/2011) 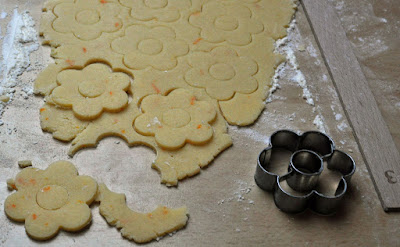 My dad loves them as they contain jam (you stick two parts together with jam), but I'd think they would be just fine, only the top parts. 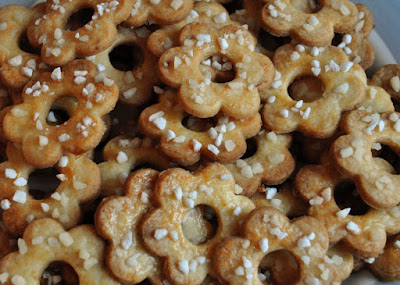 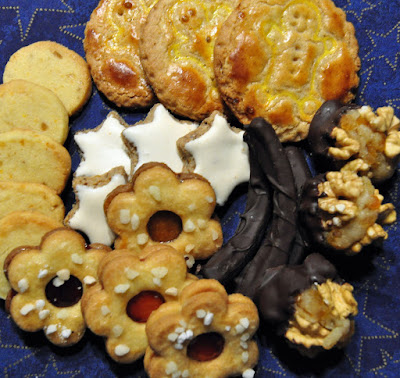 From top clockwise:
- Orangen-Spekulatius (I used my cookie stamp, but you can barely make out the little cookie man)
- Walnusskonfekt (favorite of my mom ... and my brother in law)
- Gebabbte (most of those will go to my dad)
- Ingwer Heidesand (used a slightly different recipe than normally, but I think it turned out good - also, only half a batch. From the last time, I pretty much had some left in April)
Center left:
- Zimtsterne (used some of the left over walnuts from the Walnusskonfekt. Maybe not such a great idea, as they are more fatty than almonds. The dough was somehow not 100% right)
- Orangenstäbchen (basically candied orange peel covered in chocolate)

I think that's enough calories for this year.
Posted by Sapphire at 4:39 PM No comments:

I used to have a guest room. The room had a bed couch, a dresser and some stuff that somehow ended up there and never left.
Over the last two years the guest room turned into a sewing room. One day the bed couch left (guest can sleep on the inflatable bed, right?), the content of the dresser was replaced by fabric and fabric related stuff, and eventually I moved the IKEA shelf and the table from the Dresden apartment in. 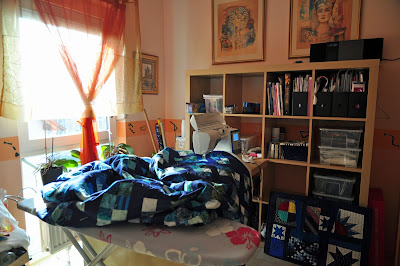 The transformation is now complete.

I'm currently quilting a large quilt for my nephew, but to get something finished quickly (once in a while I need the satisfaction of a finished project - even my knitting stuff is currently mostly long term) I made another x-mas table runner.

It's the same princible as the one I made in July, but bigger, with more fancy fabrics (I picked 8 matching fat eights at the Kreative Messe in Frankfurt beginning of the month), and wonky stars. 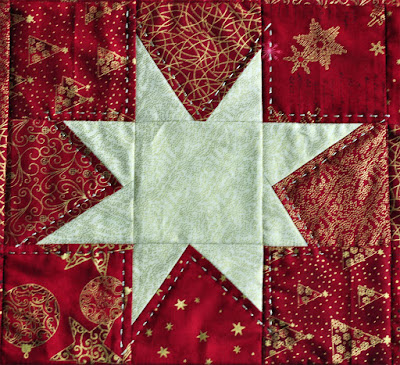 I machine quilted the runner with straight lines in the ditch, and hand quilted around the stars with golden thread. It ended up as 150 cm x 40 cm, which is way too big for my dining table. But then I already know where it's going to end up.
Posted by Sapphire at 10:34 AM No comments: