Well, as I said, it's cold, so the logical response from me is to knit something warm. 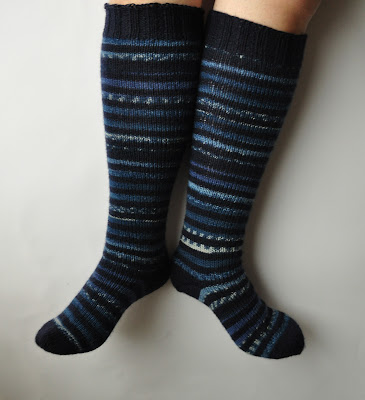 My first ever self-knitted knee-socks. I used some cheapy yarn in alternating 4-row stripes. The socks were my knitting project from my Japan trip, and so I titled them 'Stripes over Tokyo'

Even though I followed the pattern and did the increase every 10 rows they are a bit tight on the shanks. So next time my plan is to do the increases every 8 rows.

Another knitting project that got finished (the knitting part I did weeks ago) are the second pairs of French Press Felted Slippers. After the hand felting (see here for more) they were still rather big. I could use them, but I wanted to try to get them a little smaller at least. 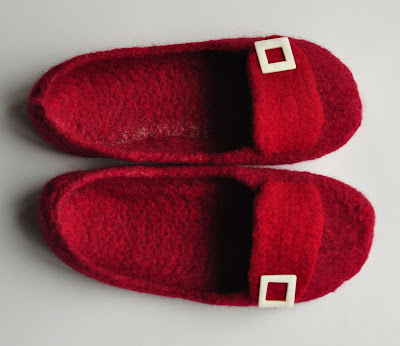 I put them in the washing machine together with two other felting projects. When I pulled them out I thought I've gone too far and they would only fit a five-year old. But with some tugging and pulling and walking around in the wet slippers, I managed to model them to my feet and now they are a perfect fit.

Sadely I think I did break my washing machine with this project (though I blame the potholder that went in with the slippers for it). It won't pump the water out anymore and my guess would be that the lint got into the pump. I have to see if I can get the machine fixed or not. It's twelve years old, so getting a new one wouldn't be too bad.
In the mean time I bring along laundry when I visit friends ... *grin*

While in Japan I've picked up a kit for Sashinko stitching. The book I bought later here. The technique is fairly simple, but I do like the effect and the geometrical design appeals to me. I've got a few more projects in mind. 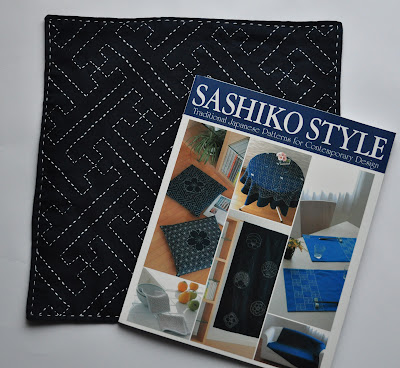 Posted by Sapphire at 6:13 PM No comments:

If you ask anybody about the quintessential Japanese food, I bet you 9 out of 10 people would say it's sushi. They wouldn't be very wrong either, but, on the other hand, the Japanese cuisine is so much more than just sushi. Chicken skewers grilles over an open flame (Yakitori), vegetables dipped in batter and deep fried (Tempura), fatty pork, battered and fried and searved with raw cabbage, and the soups, oh, the soups. There is so much more, really, and it's not all fish.
On my trip to Japan over the last two weeks I had all kinds of food and all of it very Japanese and all of it very good.
Only in Japan, though, I think it was possible to invent something that is a combination of food, technology and entertainment and that's conveyor belt sushi. We went to one restaurant last week and it was great fun (and it was tasty too)
We were sat at a bar and in front of us dozens of different kinds of sushi passed by on a conveyor belt. All you have to do is to take a plate from the converyor belt and enjoy. 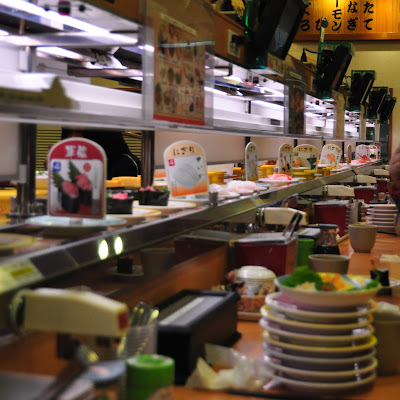 Also, in front of you is a computer screen where you can order special kinds of sushi, or soup or deserts. Once you have placed the order a little train drives up on a track above the conveyor belt to where you're sitting with your order. After you take your plates you push another button and the train rushes back into the kitchen ready for the next order. 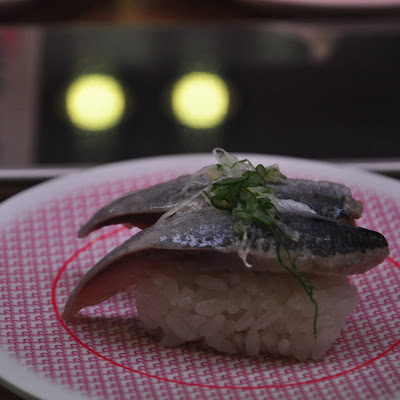 Once you're done eating, a waitress comes by, counts the stack of plates you have in front of you and all that's left to do is to pay. With a measly 100 yen per plate, it is an actually relatively cheap enjoyment. 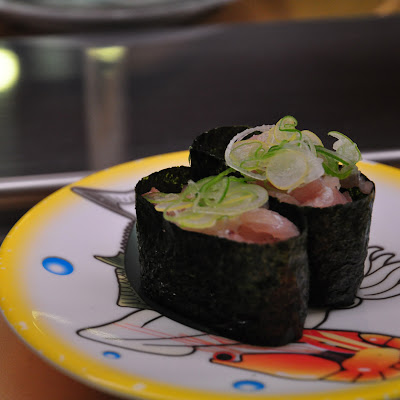 Posted by Sapphire at 4:04 PM No comments:

Konichi-wa once again. It's another business trip for me to Japan.
Today two of my collegues and I headed to Nikko, a small town about 150km North of Tokyo with many shrines and temples and also the entrance to the Nikko National Park. They are very proud to call themselves a World Heritage Site and they deserve it.

At the entrance of the shrine areal they is this lovely bridge. 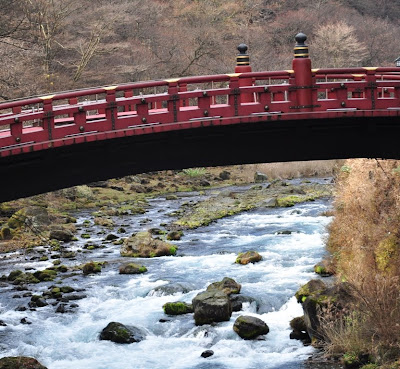 Also quite famous are these three monkeys: hear no evil, speak no evil, see no evil. 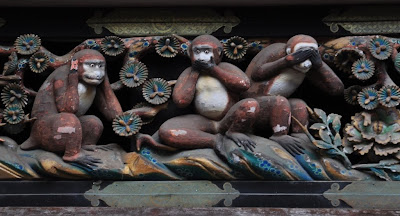 What intrigued me without ends are the hundreds of stone lanterns which all were covered with moss, giving them a mystique flavor. 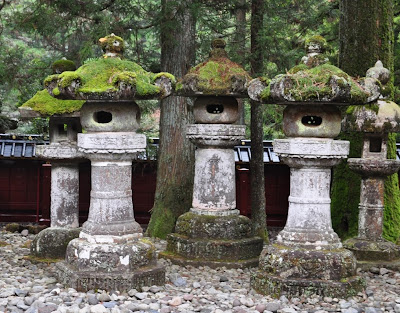 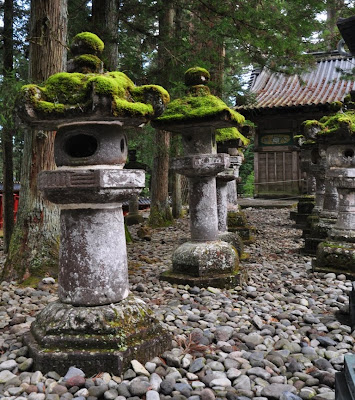 It's been a while since I've posted any update on the Queen Nefertiti cross stitch project. This is mostly because I haven't stitched very much on it. Once in a while I pull her out and put in some stitches only to leave her alone for weeks. The area I've been working on is also rather dull, so I don't feel that motivated. There's not much to see in there. 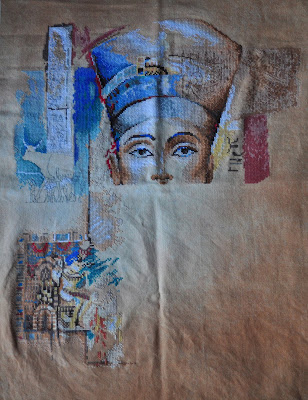 Anyway, after the last update in May, finally another one. The project is still alive and I hope to make more progress soon.

Posted by Sapphire at 6:59 PM No comments: